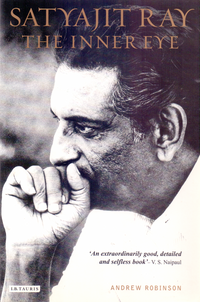 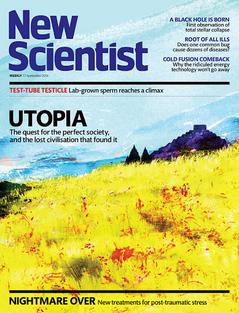 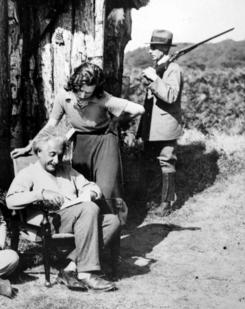 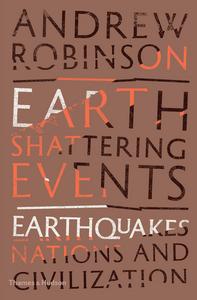 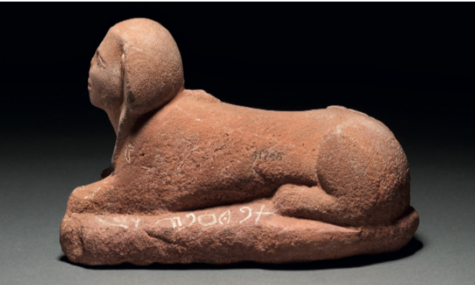 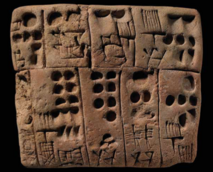 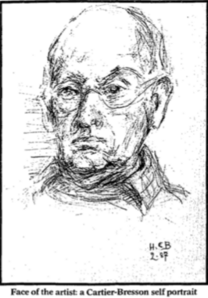 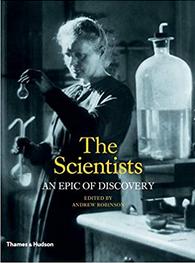 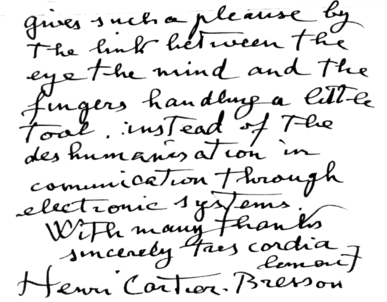 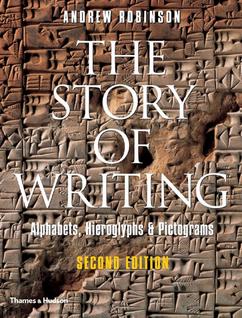 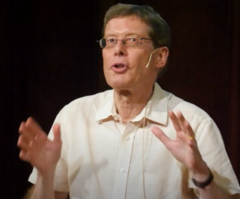 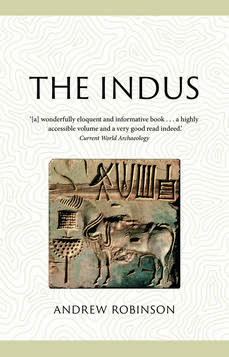 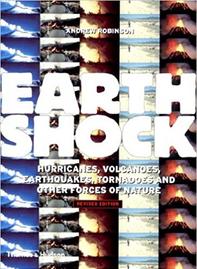 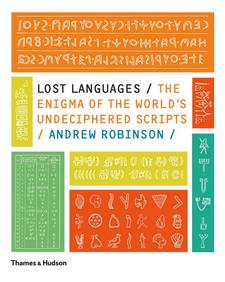 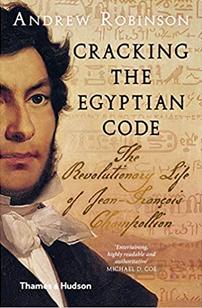 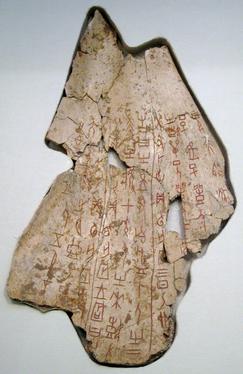 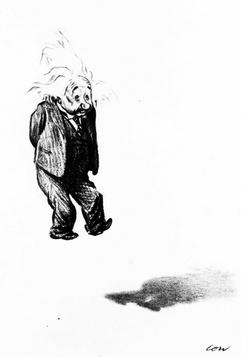 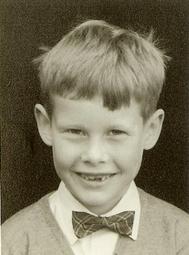 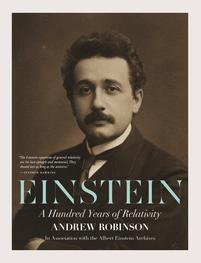 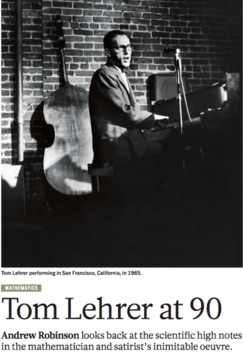 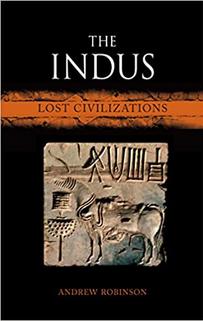 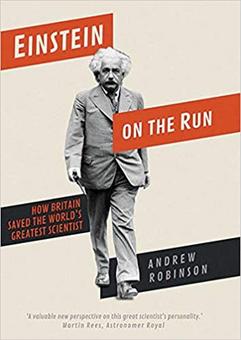 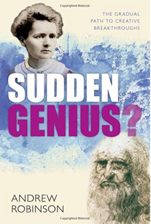 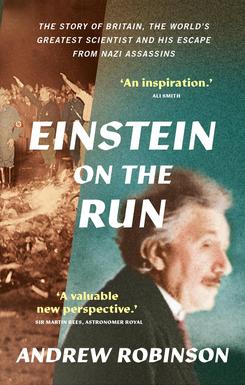 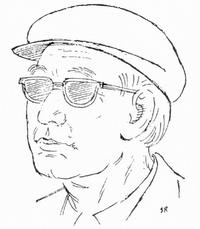 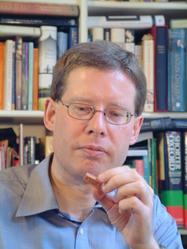 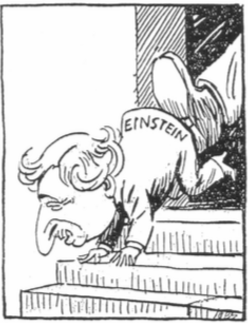 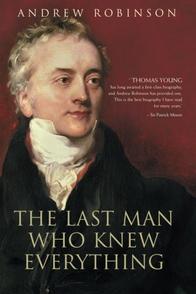 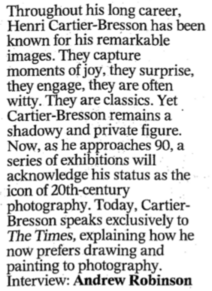 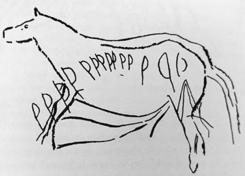 "Writing is among the greatest inventions in human history,

perhaps the greatest invention, since it made history possible."​

These words open my illustrated history, The Story of Writing: Alphabets, Hieroglyphs & Pictograms, published in 1995.

letter to me soon after publication. "Graphology", he continued, ​

gives such a pleasure by the link between the eye,

the mind and the fingers handling a little tool

--instead of the dehumanisation in communication

Many of us are fascinated by writing--whether handwritten, printed or electronic. By its undeciphered pictographic origins, maybe in Ice Age art; by its five millennia of development, from proto-cuneiform inscribed on a Mesopotamian clay tablet (shown right) to the World Wide Web; and by its revolutionary, as yet little understood, power to render evanescent speech, thoughts and feelings visible and readable.

As the author of some 25 books--six of them on writing, scripts and decipherment--my work offers a kaleidoscope of subjects mingling the humanities and the sciences of many periods and cultures, from ancient Egypt, Greece and the Indus civilisation to modern Europe, India and the USA. The latest, Einstein on the Run, discusses Albert Einstein's lifelong entanglement with the physics, culture and politics of Britain (his refuge from Nazi death threats in 1933). They include:

As a journalist, I have written equally varied features and reviews: some directly related to my books, others more tangentially. For example, these seven articles--on Cartier-Bresson's life, Egyptian mummies, Satyajit Ray's Indian films, British earthquakes, Tom Lehrer's songs, Einstein's physics and the history of writing/scripts:

--review of a British Museum exhibition on Egyptian mummies

Overall, my books and journalism have discussed in detail: ​

For example: The Man Who Deciphered Linear B

For example: India: A Short History

They range in period and setting from world pre-history (Earthshock), ancient Egypt (Cracking the Egyptian Code) and Greece (The Man Who Deciphered Linear B), to modern times in Britain (Einstein on the Run), India (Satyajit Ray) and across the planet (Earth-Shattering Events).

Seven are biographies, including the life and work of Einstein, Ray, architect-cum-Linear-B-decipherer Michael Ventris and polymath Thomas Young. Physician, linguist and physicist, Young deciphered human colour vision, the Rosetta Stone and the nature of light, named the "Indo-European" language family--and much more. Hence my (semi-serious) title: The Last Man Who Knew Everything.

Many have been translated into a wide variety of languages:

Appreciations have come from distinguished artists such as film-director Lindsay Anderson, writers such as V. S. Naipaul, scholars such as archaeologist Brian Fagan and scientists such as astrophysicist Jocelyn Bell Burnell, including five Nobel laureates.

For example, from the arts and humanities:

"A signal salute to integrity"

--review in The Spectator

on Lost Languages  (McGraw-Hill + Thames & Hudson)
"Andrew Robinson has now followed up his beautifully
illustrated The Story of Writing with a highly appropriate sequel:
Lost Languages, on undeciphered scripts. Many, it seems likely,
will never be deciphered—which raises an interesting question.
If we cannot always understand messages from our fellow
humans—how successful will we be when we receive the first
communication from Outer Space?"
--comment on hardback edition

on The Indus  (Reaktion Books)

eloquent, closely argued biography (it is nothing less) that brings

the Indus people in from the historical shadows." ​

on Selected Letters of Rabindranath Tagore  (Cambridge UP)

"A triumphant work of scholarship, expertly annotated and

--review in The Daily Telegraph

on India: A Short History  (Thames & Hudson)
"Pithy, admirable... a most refreshing résumé"

--review in The Times Literary Supplement

historian and director of the Einstein Papers Project

on Einstein on the Run  (Yale UP)
"This is a jewel of a book, to be read by anyone interested in
Albert Einstein, his science, his peripatetic existence, his joys and
travails."

on Cracking the Egyptian Code  (Thames & Hudson + Oxford UP)

"This is a spirited account of a fascinating subject: the birth of

--review in The Financial Times

--review in London Review of Books

And from the sciences:​

on The Last Man Who Knew Everything  (Oneworld + Pi Press)

"It is wonderful to have such an elegant biography of this

on Einstein on the Run  (Yale UP)

"A well-researched and very readable book about a less well-

"The entire book was a revelation to me ... it brings out very

clearly that Tagore was intellectually more perceptive than

on The Last Man Who Knew Everything  (Oneworld + Pi Press)

of Thomas Young. Clearly he was an extraordinary man. (If I

may paraphrase myself: When Thomas Young was my age, he

had been dead for 22 years.) And this is clearly an

on the prize-winning Earthshock  (Thames & Hudson)

"A wonderful compilation of the things that can happen when

our planet does no more than turn in its long sleep"

on Einstein: A Hundred Years of Relativity  (Princeton UP)

--review in BBC Sky at Night

on The Story of Writing  (Thames & Hudson)

"Rich in images ... well-informed and assured"

"A truly welcome, and refreshing, study that puts earthquake

impact on history into a proper perspective"​​

addresses the profound conflict between eastern spirituality and

on The Scientists  (Thames & Hudson)

​        "This excellent celebration of the evolution of science over the

centuries should be of broad interest to scientists and non-

scientists alike—it will also be a wonderful stimulus to young

people thinking about a career in science."

--review in The Lancet

press reviews and details of all of my books.

Einstein on the Run: paperback

Einstein on the Run: How Britain Saved the World's Greatest Scientist  was published in hardback in 2019 in the UK and USA. According to Astronomer Royal Martin Rees, the book offers "a valuable new perspective", while writer Ali Smith calls it "an inspiration" for one of her novels--as quoted on the paperback cover opposite (see the full cover). The paperback was published in February 2021, to mark the centenary of Einstein's inaugural visit to Britain in 1921 (see the press release). Read an excerpt from the book in Time magazine.​

Here is a sketch of the book, which is the first to be devoted to Britain and Einstein. Britain inspired the young Einstein's physics. Then, from 1919, it made him world famous as an adult. Later, in 1933, it saved him from Nazi assassination by offering him sanctuary--as suggested in three Einstein illustrations below: a Nazi caricature, a British caricature and a photograph of Einstein under armed guard in rural England. So the book is a biographical study, narrating his scientific, cultural and political relationship with Britain over more than half a century. It was published during the centenary of the confirmation of Einstein's general relativity by British astronomers' observations of a 1919 solar eclipse, which launched Einstein as an international star.

Plus general-interest articles on many different aspects of Einstein:

Comments and reviews about Einstein on the Run include:

--a beguiling mix of idealism and down-to-earth opinions, free of

Hear my interview "Einstein on the run" on Cool Science Radio, KPCW.

The Indus and Satyajit Ray: paperbacks

The Indus [2015] was published as a paperback in March 2021: the centenary of the discovery of the enigmatic Indus civilization (2600-1900 BC) by British and Indian archaeologists. According to the review quoted on the paperback cover, The Indus is:

In the exquisite ancient Indus sealstone shown opposite, a 'unicorn' stands before what may be an incense burner, beneath four tantalising signs--maybe writing the seal-owner's name? We don't know, because Indus writing is undeciphered, despite a century of study by diverse experts and numerous claims of decipherment. The Indus script is the world's most deciphered script!

See my Nature article, "Cracking the Indus Script", and my History Today cover story, "Lost and Found", on the characteristics of the Indus civilization as a whole, beginning with its discovery.

Satyajit Ray: The Inner Eye will be published in a third edition by Bloomsbury Publishing in late 2021, to celebrate Ray's birth centenary.

"Not to have seen the cinema of Ray means existing in the world without seeing the sun or the moon."--Akira Kurosawa (drawn opposite by Satyajit Ray in 1982)

The Origins of Writing: research project

I am now researching a global study of the origins of writing, commissioned by Yale University Press. What, if anything, does Ice Age cave art (shown opposite in France, dated circa 13,000 BC) have to do with the later invention of writing? Was writing invented once in Mesopotamia (the Fertile Crescent) circa 3300 BC, as cuneiform, and somehow transmitted around the world? Or was it invented independently at several different times during antiquity, in places such as China, Egypt, the Indus Valley, Mesopotamia, Mexico and even Rapanui (Easter Island)? What inspired its invention? Accountancy, statecraft, religion, personal records and even epic poetry like Homer's? Why are some ancient writing systems, such as early Chinese characters (shown opposite in a Shang oracle-bone inscription from circa 1200 BC), bewilderingly complex, whereas others, such as the early Semitic alphabet (shown below as letters inscribed on an Egyptian sphinx dated 1800-1500 BC)--are astonishingly simple? Read my 2019 essay, "The origins of writing" in the British Library exhibition catalogue, Writing: Making Your Mark, and my 2020 feature, "The origins of writing", in the British Museum Magazine.

As a journalist--and former Literary Editor of The Times Higher Education Supplement--I have written numerous reviews and features on the arts, humanities and sciences for newspapers and magazines based mainly in the UK and USA, as indicated above. By way of further example, consider these articles on diverse subjects:

--profile of Henri Cartier-Bresson at 90, introduced opposite

--review of a biography of rocket scientist Wernher von Braun

([BBC] Focus)--feature on the history of measuring longitude

--cover feature on the Indus civilisation and war, shown below

See the Journalism page of this website for more articles.

The Daily Telegraph, The Financial Times, The Guardian, The Independent, The New York Times, The Times and The Wall Street Journal.

General magazines and journals include:

Science magazines and journals include:

Plus biographical entries in The Encyclopaedia Britannica and

The Oxford Dictionary of National Biography.

I have also appeared on BBC Radio and BBC Television, and acted as a consultant for two BBC TV programmes, on Satyajit Ray (1988) and Michael Ventris (2002), based on Satyajit Ray: The Inner Eye and

The Man Who Deciphered Linear B: The Story of Michael Ventris.

I give talks and lectures at academic institutions, literary festivals, museums and related events, at venues such as the Ashmolean Museum, the British Library, the British Museum, the Edinburgh International Book Festival, the Hay Festival of Literature, Kings Place, the Oxford Literary Festival, the Royal Institution and the University of Oxford. See the Talks and Lectures page of this website.

For example, these video recordings:

I recently joined the Advisory Council of the Friends of the British Museum in London and the Advisory Board of Planet Word, a museum of language and writing which recently opened in Washington DC.

​
An alumnus of the Dragon School, Oxford, I was a King's Scholar of Eton College from 1970-74. My degrees are from University College, Oxford (in chemistry) and the School of Oriental and African Studies, London (in South Asian area studies). From 2006-10, I was a Visiting Fellow of Wolfson College, Cambridge, and am currently a Fellow of the Royal Asiatic Society. My father, F. N. H. (Neville) Robinson, was a physicist at the University of Oxford from the 1950s to the 1990s.

I have received a number of academic research grants, notably:

I was on the staff of Macmillan Publishers from 1979-82, Granada Television from 1983-88 and the independent television production company Brian Lapping Associates from 1989-90, and was Literary Editor of The Times Higher Education Supplement in London from 1994-2006. In 2007, I became a full-time writer of books and journalism.

Read my articles, "Polymathic pursuits" and "Entangled with Einstein", in The Author, and hear me talking about polymathy (based on my biography of Thomas Young, The Last Man Who Knew Everything​), on BBC Radio 4.