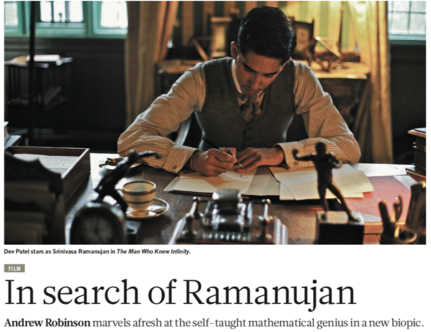 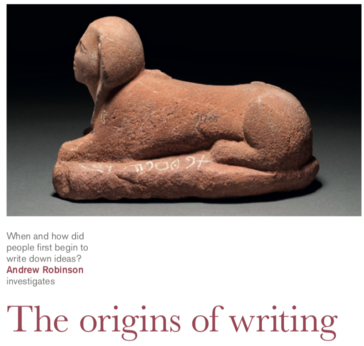 The following general-interest reviews of books, exhibitions and films, plus features including profiles and obituaries, were published in British and American newspapers and magazines.

2007: "Einstein on and off the soapbox", New Scientist
--review of Einstein on Politics by David Rowe and Robert Schulmann and Einstein: A Biography by Walter Isaacson

2010: "How to behave beyond the grave", Nature
--review of British Museum exhibition, Journey Through the Afterlife: Ancient Egyptian Book of the Dead

2011: "The captain and the castaway", The Independent
--review of Crusoe: Daniel Defoe, Robert Knox and the Creation of Myth by Katherine Frank

2014: "The brewer's tale", Current World Archaeology
--review of The Brewer's Tale: A History of the World According to Beer by William Bostwick

2015: "The ascent of English", Nature
--review of Scientific Babel: The Language of Science from the Fall of Latin to the Rise of English by Michael Gordin
--listen to a Nature podcast about the review

2016: "In search of Ramanujan", Nature
--review of film, The Man Who Knew Infinity

--review of Wellcome Collection exhibition, Bedlam: The Asylum and Beyond

--review of Furry Logic: The Physics of Animal Life by Matin Durrani and Liz Kalaugher

--review of The Cradle of Humanity: How the Changing Landscape of Africa Made Us So Smart by Mark Maslin

--review of Museum of London exhibition, Tunnel: The Archaeology of Crossrail

--review of Arthur C. Clarke: Odyssey of a Visionary by Neil McAleer

--review of The Travel Diaries of Albert Einstein: The Far East, Palestine, and Spain, 1922-1923 edited by Ze'ev Rosenkranz

--review of A Future in Ruins: Unesco, World Heritage, and the Dream of Peace by Lynn Meskell

--review of Brief Answers to the Big Questions by Stephen Hawking

2019: "How Victorian England inspired Vincent van Gogh and his art", The Lancet

--review of Digging Up Armageddon: The Search for the Lost City of Solomon by Eric Cline

--review of Indian Sun: The Life and Music of Ravi Shankar by Oliver Craske

--review of The Life and Death of Ancient Cities: A Natural History by Greg Woolf

--review of Wikipedia @ 20 edited by Joseph Reagle and Jackie Koerner

--review of The First Ghosts: Most Ancient of Legacies by Irving Finkel

--review of The End of Astronauts: Why Robots Are the Future of Exploration by Donald Goldsmith and Martin Rees

2022: "Mummies, myths, and medicine in ancient Egypt", The Lancet

--review of British Museum exhibition, Hieroglyphs, on the bicentenary of the hieroglyphic decipherment

--profile of Henri Cartier-Bresson on his 90th birthday

1998: "Cutting edge of cinema", The Guardian
--obituary of Akira Kurosawa

2000: "Mayan treasures deep in the jungle", The Times
--feature on visiting Mayan art in Mexico

--profile of V. S. Naipaul on his 70th birthday

2005: "Ray of light still shines in the dark", The Times
--feature on the 50th anniversary of Satyajit Ray's first film, Pather Panchali

--feature on the nature of genius

2014: "How do we know how to measure longitude?", (BBC) Focus
--feature on the history of measuring longitude in the 300th anniversary of the Longitude Prize

​--feature on the long history of trying to understand light

2016: "London shaken and stirred", BBC History Magazine
--feature on the London earthquakes of 1750

--feature on some influential London Library books about earthquakes, great and small

2017: "He wrote the future", Nature
--profile of Arthur C. Clarke on his birth centenary

2018: "Thus spake Albert", Aeon
--feature on why we love to quote, and misquote, Albert Einstein

2019: "The experiment that made Einstein famous", The Wall Street Journal
--feature on the centenary of the 1919 solar eclipse and its confirmation of general relativity

--feature on the birth centenary of Satyajit Ray

The following, more specialised, reviews and features focus on Science and the History of Science, Archaeology and Scripts, and Indian History and Culture.

SCIENCE AND THE HISTORY OF SCIENCE: reviews and features

--feature on Thomas Young, and polymathy in science

2016: "The Marconi connection", New Scientist
--review of Marconi: The Man Who Networked the World by Marc Raboy

--feature on Zhang Heng, inventor of the world's first seismoscope

2017: "Scientist, theologian, and heretic", The Lancet

--review of Priest of Nature: The Religious Worlds of Isaac Newton by Rob Iliffe

2019: "The eclipse that made Einstein famous", Science

--review of Einstein's War: How Relativity Triumphed amid the Vicious Nationalism of World War I by Matthew Stanley and No Shadow of a Doubt: The 1919 Eclipse that Confirmed Einstein's Theory of Relativity by Daniel Kennefick

2020: "The code-breakers who led the rise of computing", Nature

--review of Behind the Enigma: The Authorised History of GCHQ, Britain's Secret Cyber-Intelligence Agency by John Ferris

--review of The Man from the Future: The Visionary Life of John von Neumann by Ananyo Bhattacharya

2022: "Shocking discoveries and mysteries", The Lancet

--review of Spark: The Life of Electricity and the Electricity of Life by Timothy Jorgensen

ARCHAEOLOGY AND SCRIPTS: reviews and features

2006: "Visible marks of the move from sound to stone", The Times Higher Education Supplement
--review of The First Writing: Script Invention as History and Process edited by Stephen Houston and Ideogram by J. Marshall Unger

2010: "Corpus of Indus seals and inscriptions", Antiquity
--review of vol. 3 of the Indus seals Corpus edited by Asko Parpola, B. M. Pande and Petteri Koskikallio
2014: "Eight mummies, eight stories", The Lancet
--review of British Museum Egyptian exhibition, Ancient Lives, New Discoveries
2014: "The ark before Noah", Current World Archaeology
--review of The Ark Before Noah: Decoding the Story of the Flood by Irving Finkel​
2017: "Gibberish or code?", The Daily Telegraph
--review of The Voynich Manuscriptwith a foreword by Stephen Skinner and introduction by Rafal T. Prinke and Rene Zandbergen
2017: "The wonder of the pyramids", Nature
--review of Giza and the Pyramids by Mark Lehner and Zahi Hawass
2018: "Hero of the hieroglyphs", Minerva
--feature on Jean-François Champollion​
2022: "Technology with characters", Physics World
--review of Kingdom of Characters: A Tale of Languages, Obsession, and Genius in Modern China by Jing Tsu
2022: "Excavating and deciphering Tutankhamun", The Lancet
--review of Bodleian Library exhibition and catalogue, Tutankhamun: Excavating the Archive
2022: "The man who deciphered Linear B", British Museum Magazine
--feature on Michael Ventris
2022: "Ancient Mesopotamian histories", Science
--review of Weavers, Scribes, and Kings: A New History of the Ancient Near East by Amanda H. Podany
INDIAN HISTORY AND CULTURE: reviews and features
1984: "The Jewel in the Crown", Sight and Sound
--feature on the making of the Granada Television series about the British Raj, The Jewel in the Crown

2011: "Behind India's technological boom", Nature
--review of Dead Ringers: How Outsourcing is Changing the Way Indians Understand Themselves
by Shehzad Nadeem
2013: "Enlightening Ray", The Lancet
--review of a complete retrospective of films by Satyajit Ray at the British Film Institute

--review of Inglorious Empire: What the British Did to India by Shashi Tharoor

--feature on the Indus civilisation

--feature on the birth centenary of Satyajit Ray

2022: "Journey of a civilization", Journal of the Royal Asiatic Society
--review of Journey of a Civilization: Indus to Vaigai by R. Balakrishnan